Our experienced and dedicated science teachers are here to provide that valuable extra help in achieving success in GCSE Biology, Chemistry or Physics - help which is so often needed but not always available in school.

A choice of plans:

Depending upon where you need the help most, you can choose to study either:

It doesn’t matter which board you are studying with at school, our qualified teachers can provide that vital support in achieving the skills and confidence needed to achieve the best possible results in GCSE Science exams.

Triple Award Science (sometimes known as ‘Separate Sciences’ or ‘Single Sciences’) is where students study all three sciences and end up with three GCSEs.

Double Award Science (also known as ‘Combined Science’ or ‘Trilogy’) is where students study all three sciences (Biology, Chemistry and Physics) but end up with two GCSEs. The majority of GCSE students in England follow the Double Award course, which covers approximately two thirds of the content covered by Triple Award Science students. They are awarded two GCSE grades based on their overall performance across all three science subjects.

This system was introduced in 2006. It can cause confusion because, when parents were at school, “Double Science” meant two of the three science subjects.

We are here to help your child succeed.

To find out how Kip McGrath can help your child reach their full learning potential, 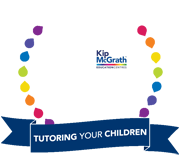